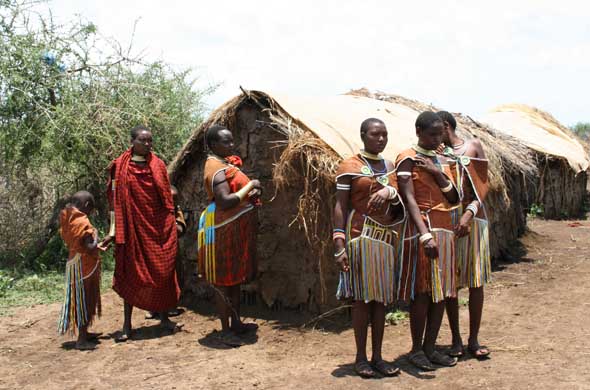 Kilimanjaro is the highest mountain in Africa at 19,341 feet (5,895 meters), but it isn’t a mountain in a traditional sense. It is a giant stratovolcano that began forming about a million years ago and is composed of many layers of hardened volcanic ash, lava, pumice and tephra — fragmental material that is the fallout from a volcanic eruption.

A number of theories exist about the meaning and origin of the name. One theory is that the name is a mix of the Swahili word Kilima, meaning “mountain,” and the KiChagga word Njaro, loosely translated as “whiteness.” Another is that Kilimanjaro is the European pronunciation of a KiChagga phrase meaning “we failed to climb it.”

One of the Seven Summits (the highest peaks on the seven continents), Kilimanjaro is in Tanzania in east Africa. Kilimanjaro lies within the 292-square-mile (756 square kilometers) Kilimanjaro National Park. Kilimanjaro rises from its base approximately 16,732 feet (5,100 meters) from the plains near the Tanzanian municipality of Moshi, making it the second tallest free-standing mountain in world.

While the other two volcanic formations are extinct — meaning that they are highly unlikely to erupt again — Kibo (the highest peak) is merely dormant, so there is the possibility that it could erupt. Estimates have the last major eruption dated to 360,000 years ago, but volcanic activity was recorded just 200 years ago.

While Kibo is dormant, gas is emitted into the crater, causing several collapses and landslides, with the most extensive ones creating the area known as the Western Breach.

While the name Kilimanjaro has its origins in the KiChagga word for “white,” it is becoming increasingly less so. While it still covered with ice caps and glaciers at higher levels, global warming is quickly changing the climate and scientists expect the famed snows of Kilimanjaro to disappear sometime between 2022 and 2033.

About 30,000 people climb Kilimanjaro each year and about three-quarters of those reach the summit. It is a relatively safe climb, and most climbers who fail to summit experience altitude-related issues or harsh weather near the peak. Temperatures at the peak can be 0 degrees F (minus 18 C), and if the winds are blowing, the wind chills reach dangerous levels.

The climb can be done any time of year but the rainy winter season make the summer and early fall a popular time to climb.

Kilimanjaro has five climbing routes to the summit: Marangu Route; Machame Route; Rongai Route; Lemosho Route; and Mweka Route. The popular Machame and Lemosho routes are scenic, while the busy Marangu is the easiest until the difficult final ascent to the rim of the crater.

In 1861, the German officer Baron Carl Claus von der Decken and British geologist Richard Thornton  made a first attempt to climb Kibo, but had to turn back at 8,200 feet (2,500 meters).

In 1887, during his first attempt to climb Kilimanjaro, German geology professor Hans Meyer reached the base of Kibo, but was not properly equipped to handle the deep snow and ice and retreated.

On Oct. 5, 1889,  Meyer, Marangu scout Yoanas Kinyala Lauwo and Austrian Ludwig Purtscheller were the first team to reach the summit. They were the first to confirm that Kibo has a crater, which was filled with ice at the time.

A month or two before you travel to Tanzania, you’ll need to make an appointment at your local travel clinic, or with your GP to discuss vaccinations. It’s a good idea to do this early so that any side-effects you might suffer are finished before you travel.

There are no mandatory vaccinations needed for climbing Kilimanjaro, with the exception of Yellow Fever which is compulsory for any traveler entering Tanzania from any country that is considered a risk zone for Yellow Fever.

You’ll need to consider what areas you’ll be traveling to before and after your climb.